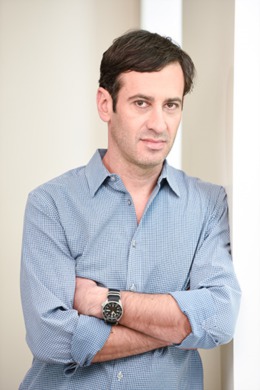 Cell: (773) 415-4744
Email: Email Me
Listings: View My Listings
"Bringing you Home"
Matt Liss, Broker/Owner of Mark Allen Realty, has been in the real estate and development business for 18+ years. During that time, he has bought and sold countless properties and has developed both single-family homes and condo conversions. This includes not only rehabbing existing structures but also designing and overseeing new construction. Matt has been a licensed general contractor in Chicago and is well versed in the city’s building codes, permits, and applications. He also owns several rental properties where he proves to be a very evenhanded and accommodating manager. Matt has successfully closed over 1,000 transactions, earning him recognition from The Chicago Association of Realtors as one of the city’s top producers from 2005 - 2021. Furthermore, he has earned the “Chicago Five Star Real Estate Agent” award from 2011 – 2021, given to less than 2% of realtors and based solely on the recommendations and feedback of their clients. He has clearly proven to be quite knowledgeable and successful in Chicago’s real estate market. Best of all, he enjoys and benefits from working with many different people, whether they are searching for their dream home, first condo, or an investment property. Matt is an exceptional businessman and maintains high ethical standards both professionally and personally. He is dedicated and passionate at both work and play. He would be an asset to anyone looking for guidance in the real estate market. Matt was born in Australia, but spent most of his life in the northern suburbs of Chicago. After spending 10 years in a vintage 2-flat in Logan Square, Matt now resides in the West Loop. He certainly appreciates the vast array of restaurants and shops in his new neighborhood, and looks forward to its continued growth. Matt’s passion does not end with his work, nor with his home or neighborhood; he loves to spend time with his wife Amy, son Caden, and daughter Tahlia.
Search All Area Listings
Advanced Search
Today's Listings
Residential
New Today
Price Reduced
Recently Sold

Have a Question or Want a Free Market Report?

Have a Question or Want a Free Market Report?